Hello Everyone! What a blessed time we had when more than 100 of our Thubten Norbu Ling community gathered together via Zoom on Sunday February 7 to attend His Holiness the Dalai Lama’s teaching on the poetic text Recognizing the Mother: An Experiential Song on the View by the 18th century lama Changkya Rölpai Dorjé. Our Spiritual Director, Lama Zopa Rinpoche, requested these teachings on behalf of FPMT students worldwide. Hundreds of people globally, not just FPMT students, would have attended the teaching via YouTube. Listen to the event here. Not only did His Holiness give the transmission of these verses on emptiness, he also gave us the bodhisattva vows – as His Holiness said, a gift to us for the Tibetan New Year, which came a few days later. 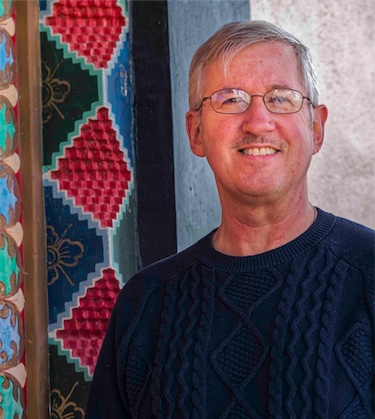 Gen Don Handrick has served as our Resident Teacher since 2007.

After consulting Lama Zopa Rinpoche last year, it became clear that it is more beneficial for Gen Don Handrick to now work full time as a Touring Teacher for the FPMT rather than to combine it with his current role as co-Resident Teacher at Thubten Norbu Ling. As one of the top graduates of the very first seven-year FPMT Masters Program at Istituto Lama Tzong Khapa in Italy in 1998, he has become a highly sought-after teacher within our centers around the world. Gen Don joined us in Santa Fe in 2005 and took on the role of Resident Teacher in 2007, and then shared the position with Geshe Sherab since 2013. Gen Don sees the shift in his role as a wonderful opportunity to “explore how to best serve Rinpoche as a Touring Teacher, sharing the precious Dharma with all of you, the dear students at Thubten Norbu Ling, as well as those around the world at the other centers and study groups with whom I have made a connection.” We are delighted that Gen Don will continue to teach at our center. His classes through April are:

Looking ahead, Gen Don has agreed to teach a new FPMT program at our center designed as a bridge between Level 3 Discovering Buddhism and Level 4 Basic Program.

I’m happy to say that we continue to move forward with our plans for the renovation of our new center. Our architects’ final drawing set was submitted to the county today. Once we’re issued the permit, which I am told typically takes between two and four weeks, we will begin building. Our feng shui master in Singapore, Hup Cheng, advised that the most auspicious day to start work is Tuesday, March 16 at 9:30 in the morning. He said “take a hammer, knock hard six times on the floor in the northwest sector of the building, and then all will proceed smoothly!” We are still on track for our grand opening in our new home by the fall, assuming COVID protocols allow us to come together. 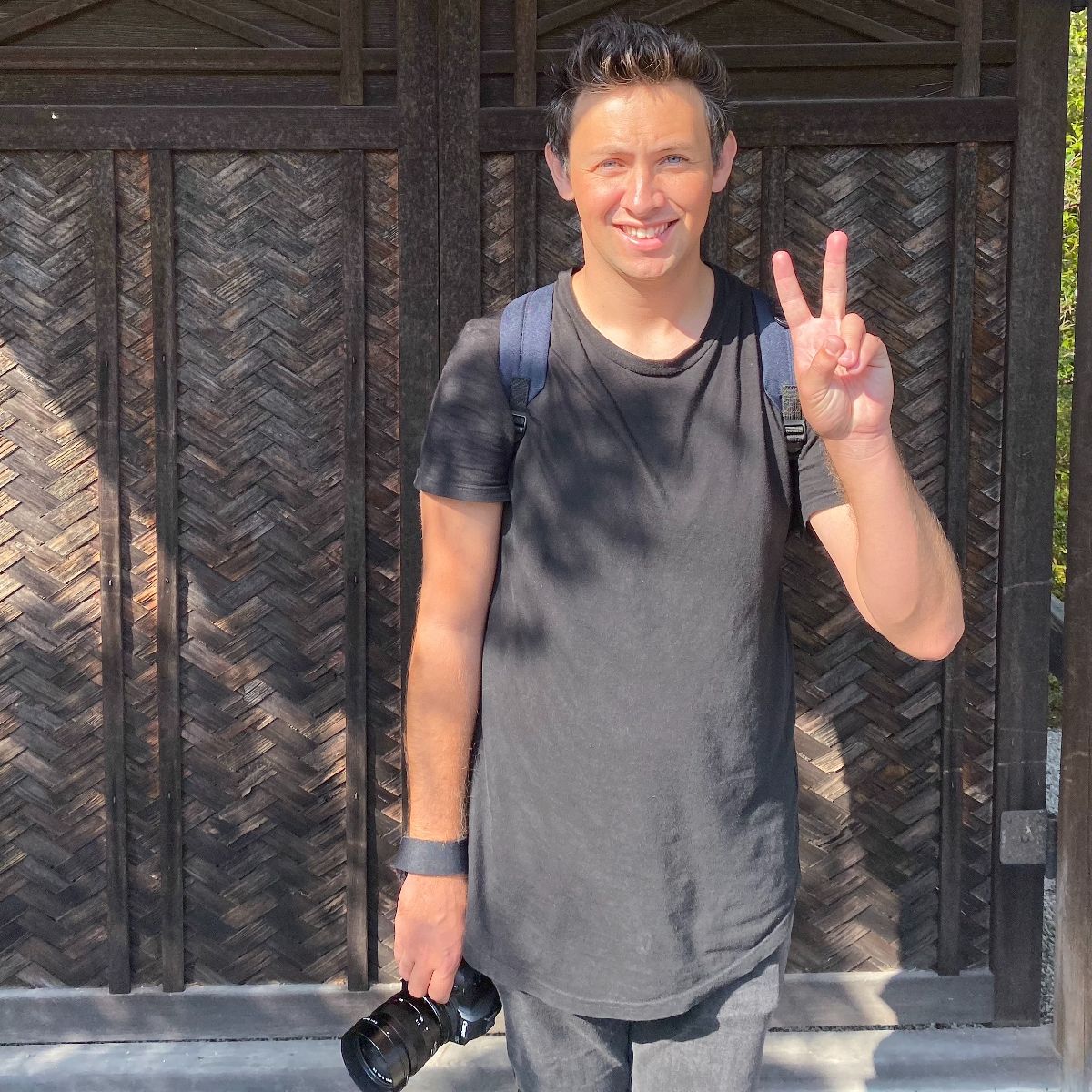 Our landscape masterplan is coming together very nicely. Our architect Makanakai Shipman-Ahlo of Baum Landscapes met Hup Cheng last week for the first time via Zoom and they made an instant connection. They are aligned in their wish to transform our three acre property into a park including holy objects, a grand stupa, a pond, walking trails – a destination for the people of Santa Fe. 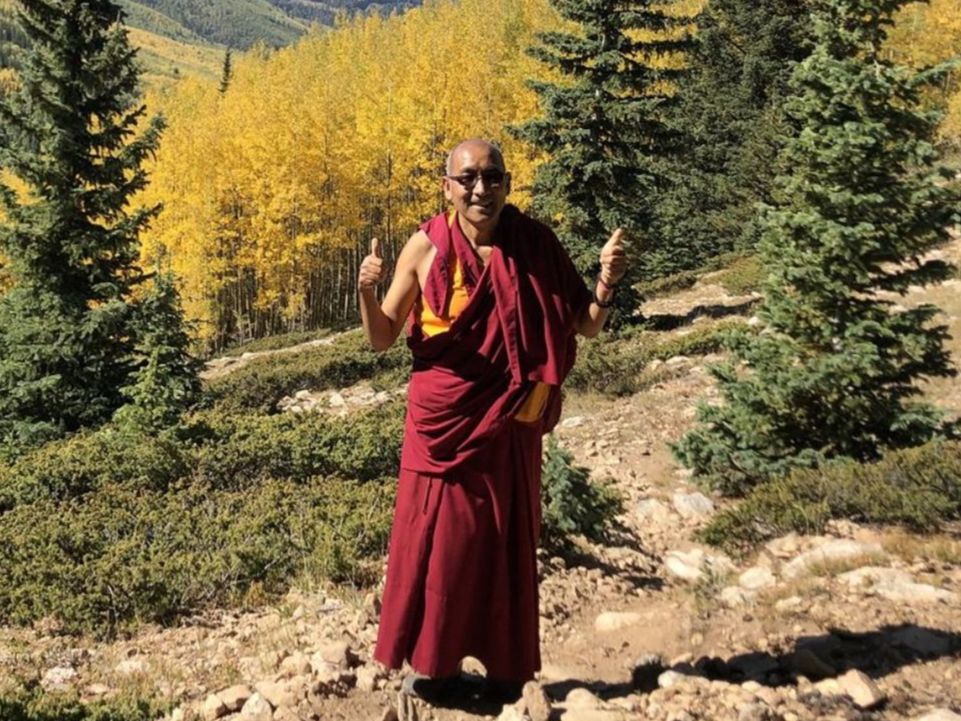 Geshe Sherab will leave Santa Fe for Nepal on March 10.

Our kind Geshe Sherab has completed retreat, which he started in November. He thanks all the students who have sent him good wishes and prayers, and in particular Steve Nadeau, Nancy Savoia, Anil Poovadan, Janice Gorman, Ajna, Sylvia and Ira Seret, and Matt Bunkowski “for taking care of all my physical needs.” Initially, Geshe-la did not plan to travel to Nepal this year as he usually does. But after receiving news that his uncle, Tsewang Norbu, was diagnosed with lung cancer, Geshe-la decided it would be good to be there to help take care of him. It is also an opportunity to see his father, who is ninety years old. Geshe-la will fly out of Albuquerque on March 10 and return to us in mid-June. But we won’t be without his guidance because Geshe-la has agreed to teach via Zoom from Kopan Monastery, where he will visit Lama Zopa Rinpoche. Geshe-la will “miss New Mexico and all the students,” he said, and encourages us to continue to study and practice while he is away.

We wish Geshe-la a safe journey and a quick return!

I thank everyone from my heart for continuing to support our wonderful center. 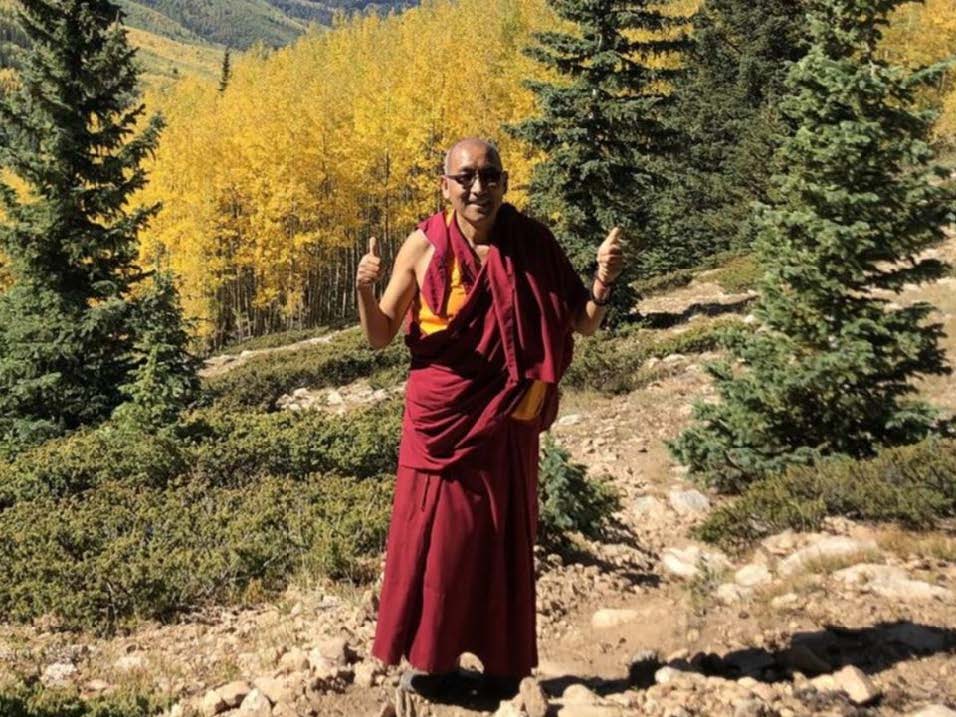 Hello Everyone! As you know, we are extremely fortunate His Holiness the Dalai Lama has accepted Kyabje Lama Zopa Rinpoche's request to give a teaching to the FPMT worldwide community. His Holiness will teach via Zoom from his private residence in Dharamsala for...
Read More

Summary of our successes

Hello Everyone! I am delighted to share a summary of our successes at Thubten Norbu Ling, which I've been updating you about throughout the year: our growing donations, donors, members and spiritual program. I've been reminded recently about Lama Zopa...
Read More
Share This
We use cookies to ensure that we give you the best experience on our website. If you continue to use this site we will assume that you are happy with it.OkPrivacy policy