It was started twenty-one years ago by Ajna Seret. He’d been at Kopan Monastery in the Kathmandu Valley of Nepal the year before where he was deeply moved by the teachings of the meditator Geshe Lama Konchog.

He learned there that Lama Zopa Rinpoche, who established the monastery with Lama Thubten Yeshe in 1970, the first of the centers that make up their Foundation for the Preservation of the Mahayana Tradition, was planning to move the FPMT International Office to Taos, seventy miles north of Santa Fe, where he lived with his family. “I offered to show Rinpoche around when he came,” Ajna says.

The following year Ajna spent days with Rinpoche in Santa Fe and Taos, driving him around, organizing places to stay. He remembers well a conversation with Rinpoche and his attendant, Ven. Roger Kunsang, in a cabin in Questa, north of Taos. They were discussing the benefits of starting a center in Santa Fe and Rinpoche was suggesting that Ajna be the director. Ajna didn’t know what to say.

Finally, Rinpoche turned to him and said, “What would Geshe Lama Konchog say?”

Ajna thought about it for days. “It was a shock! I was 19. I had big plans to travel to India and Nepal. Running a Buddhist center was the complete opposite of what I thought I would do!” Finally, he realized that “since it came from Rinpoche, it was the right thing to do.”

He sat down with his parents, Ira and Sylvia, and came up with a plan. They were so supportive, offering their home as the venue and deciding to use the yurt in the back garden. “My mom was our marketing person, doing the ads, hanging up posters.”

Ven. Robina Courtin, who was then based at International Office in Taos as the editor of FPMT’s magazine, Mandala, would come once a week to teach and lead meditations. And later Ven. Connie Miller was the center’s regular teacher.

Ven. Robina remembers one thing well about the first teaching in the yurt. “It was a snowy evening and I fell into the adjoining pool!” 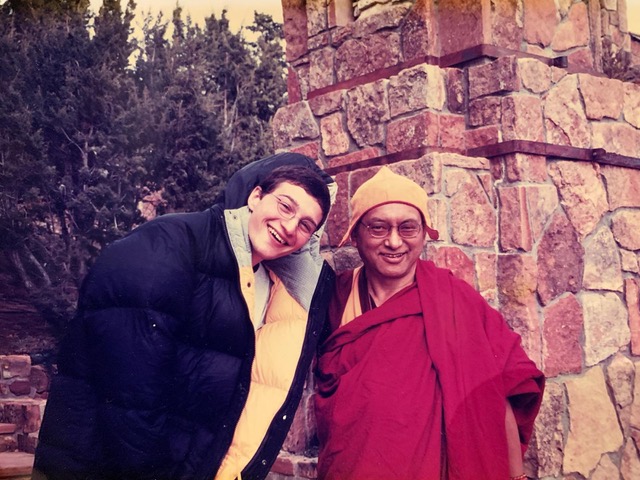 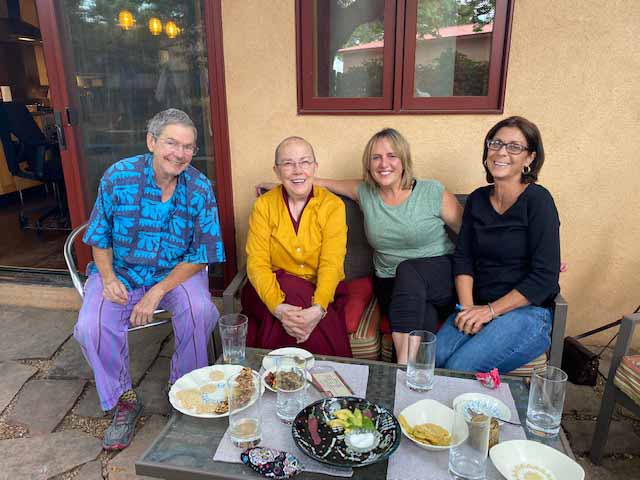 Ven. Robina Courtin at a tea party with students from Thubten Norbu Ling, 2020 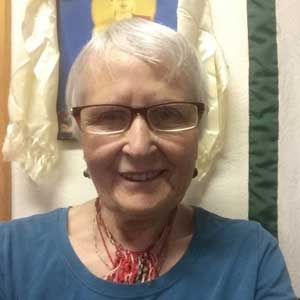 Moving from place to place through the years – many of them kindly offered by Ajna’s parents – and under the guidance of several kind directors – Karen Meador, Rowena Mayer, and Alex Williams – we are delighted to now have bought our own property.

Five miles from downtown, our new center is a 5,000 square-foot former church sitting on three acres. The renovation of the building and development of the grounds are being overseen by our current executive director, Charmaine Hughes.

Our Los Angeles-based architect John Winston is honored to be involved in the project to help us “create a very happy building.” And renowned Feng Shui expert Hup Cheng, who runs the FPMT center in Singapore, has given us advice “to increase the center’s prosperity and harmony.”

“Even though these days our twenty weekly classes and meditations – given by Geshe-la, now our sole resident teacher, and a team of fifteen FPMT teachers worldwide – are held via Zoom, which attract an international audience,” Charmaine says, “we can’t wait to welcome our local community to enjoy our new building and beautifully landscaped grounds.”

We’ll have two event spaces to hold our many events, including Buddhist teachings and meditations, classes for children, and yoga and Qi Gong, as well as a vegetarian café and a bookstore.

“We envision it as a destination, not just for Buddhists but for everyone,” Charmaine says. 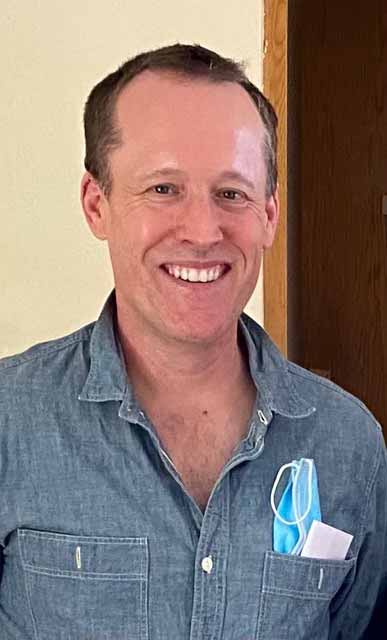 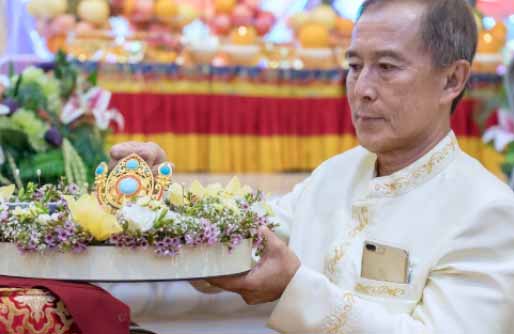 Our feng shui consultant Hup Cheng, director of the FPMT center in Singapore, offering a gold crown to their twelve-foot high statue of Thousand Arm Chenrezig.

Our Buddhist teachings are rooted in the the fourteenth century Gelug tradition of Lama Tsongkhapa and our broader vision is based on Lama Zopa Rinpoche’s Five Pillars: 1. Buddhadharma, 2. Universal Education for Compassion and Wisdom, 3. Community Service, 4. Interfaith Activities, and 5. Revenue-Generating Activities.

Thubten Norbu Ling is one of the 163 organizations in 39 countries that make up the FPMT family, driven by the bodhisattva aspiration to be of benefit to the world.

Thubten Norbu Ling is a non-profit religious charity affiliated with FPMT Inc., our International Office now based in Portland, Oregon, which supports the work of the centers and helps fulfil our spiritual director’s Vast Visions for FPMT. 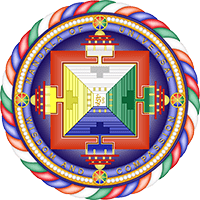 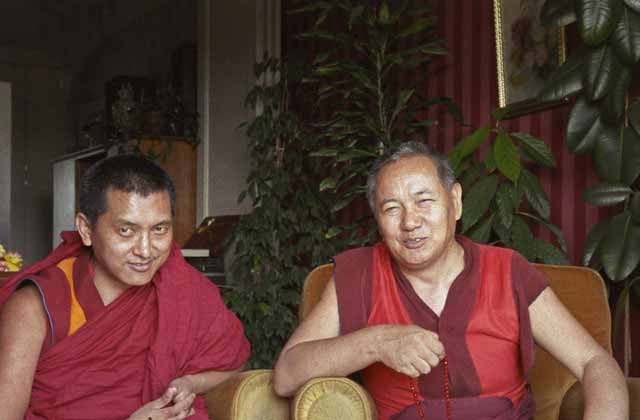 After escaping from Tibet in 1959, Lama Yeshe joined the other thousands of monks in exile in Buxaduar in northeast India. Here he met 15-year-old Lama Thubten Zopa Rinpoche and became his teacher.

The lamas met their first Western students in the late 1960s. Moving to Kathmandu, they established Kopan Monastery, which soon became a hub for spiritual seekers from the around the world as well as a monastery for the local monks, and eventually nuns, along the lines of the monastic universities of Tibet.

Read more about our lamas at A Joint Biography of Lama Yeshe and Lama Zopa Rinpoche.