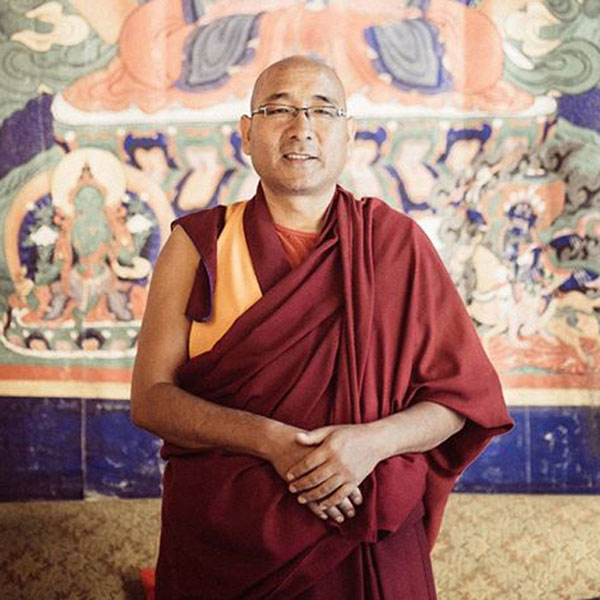 Geshe Thubten Sherab, a student of Lama Yeshe and Lama Zopa since childhood, brought this direct lineage of teachings to New Mexico in 2001. Geshe Sherab held the position of headmaster of the Mount Everest School at Kopan Monastery in Nepal, and was appointed to serve as acting abbot of Kopan Monastery for one year. Since 2014, he spends 6 months in Santa Fe as TNL’s Resident Geshe, and 6 months teaching abroad. Geshe Sherab is conversant in English and several other languages. He is a spiritual guide to students of Buddhism around the world.