This module presents the entire path to enlightenment in stages, according to the levels of capability of the student, as described in the lamrim. The first two levels are the teachings and practices shared by Hinayana practitioners that enable one to achieve renunciation of suffering and its causes. The third is the Mahayana component of the path, the development of bodhichitta, followed by the six perfections of the bodhisattva that culminate in the realization of the ultimate nature of the self and phenomena. And finally, the more advanced stages of the Mahayana path, the Vajrayana, are described briefly.

Elaine Jackson is one of the early founders of Vajrapani Institute. A student of Tibetan Buddhism since 1977, she has studied with many of the greatest Tibetan Buddhist masters of our time, including His Holiness the Dalai Lama, Lama Thubten Yeshe, Kyabje Zong Rinpoche, Lama Thubten Zopa Rinpoche and others too numerous to list. In her secular life, Elaine founded, and for many years ran Sincerely Yours, a graphic design and print shop in Boulder Creek. She also served as Executive Director of Vajrapani Institute for five and a half years before retiring in 2008. Prior to entering a three-year retreat in 2010, Elaine engaged in a month-long solitary retreat every year for 14 years to deepen her practice. She continues to lead a contemplative life while offering teachings and meditation support and has served as the Resident Teacher at Vajrapani Institue for three years. 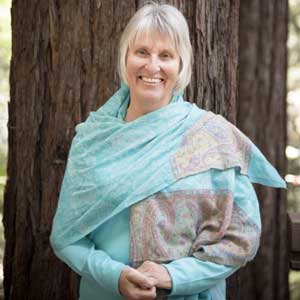