Click here to learn more and to register.  The Zoom link will be provided through registration.

This event is organized by our friends at Lhagsam Meditation Center, an FPMT Center in Zurich, Switzerland

The formal entry point for becoming a Buddhist is to participate in a ceremony in which one takes refuge in – commits to rely upon – the Three Jewels or, as Lama Zopa Rinpoche says, the Three Rare Sublime Ones: the Buddha, the Dharma, and the Sangha.

Students also learn about the power of living in vows. Of the three levels of vows – those of individual liberation, the bodhisattva, and tantra – the first are taken after having taken refuge. 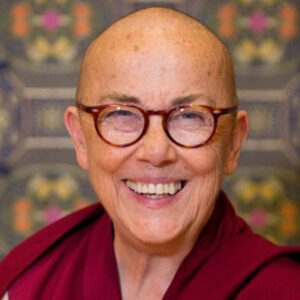